The secret places of Mervent 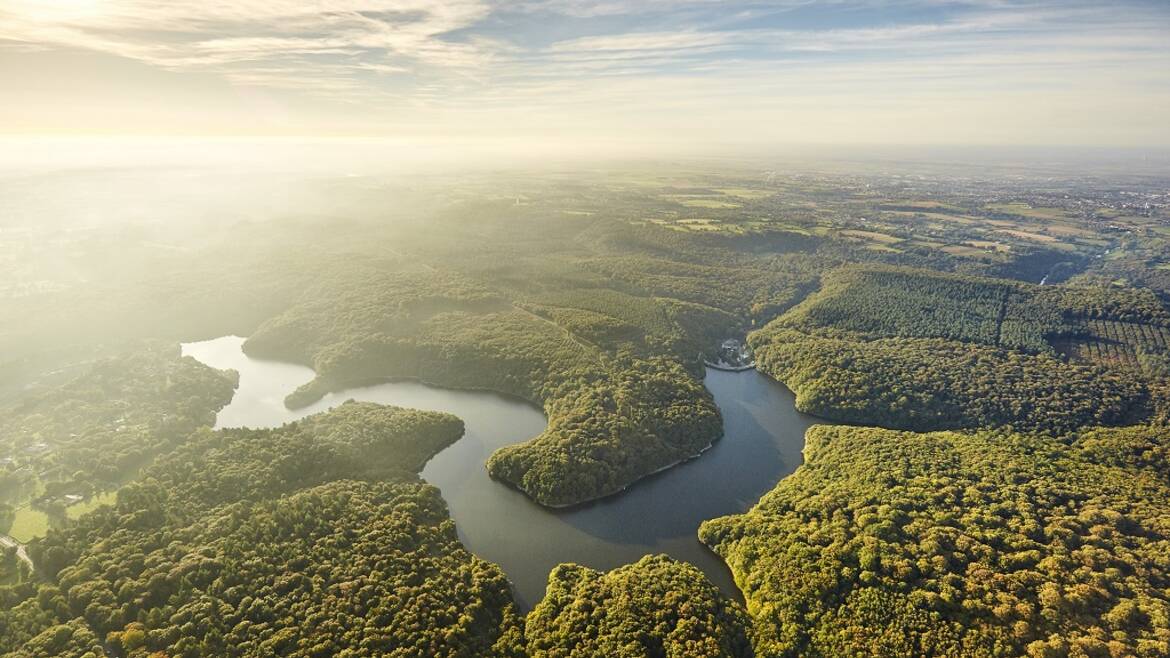 Along the ways and paths of the forest

Discover the secret places of the forest of Mervent-Vouvant During a walk, meet the remarkable ancient trees and unusual sites of the forests — forgotten castles, hermit's cave and ruins to amaze curious visitors.

The forest of Mervent shelters three remarkable trees: the Hermit's oak, the Marinier and the five-trunk oak. This last tree, nicknamed the "five twins," is the most unusual in the forest, having developed five impressive stems from the same bole. The tree sadly died in 1996, but has been given new life as a sculpture by Sébastien Krampe who transformed it into a sentinel in a forest glade, seeming to pay homage to the spirits of the forest.

Jean-Baptiste Colbert, Minister to Louis XIV, had the trees of Mervent cut down to build warships at the Rochefort arsenal. As century-old oaks were few in number, he planted new ones. The Mariner oak, spared from shipbuilding, is the last witness of this time. Thirty meters high, this three hundred year-old and is classified in the national forest inventory.

At the forest of Mervent is the the pont du deluge, built at the end of the 19th century to facilitate the logging trade. Under this bridge, 22 metres high, flows a stream which dries up in summer. On one stone of the bridge's supports, the initials of Arsène de Villeneuve can be seen, engineer of waterways and forests, who directed the works.

The cave of Father Monfort

An apostolic missionary, Père Monfort retired to this cave in 1715 to meditate. He was canonised in 1947 by Pope Pius XII, after having founded, during his lifetime, three religious congregations. The site has become a very popular pilgrimage place in the forest of Mervent. The cave houses votive offerings and candles. A chapel and a Calvary cross complete the devotional ensemble.

Located north-east of the town of Mervent, away from the village, this 17th century château has moats and a drawbridge. The square architecture is highlighted by the reflection of the building in the water that surrounds it.