Smoke (and fire) on the water

The waters of the Marais Poitevin on fire! 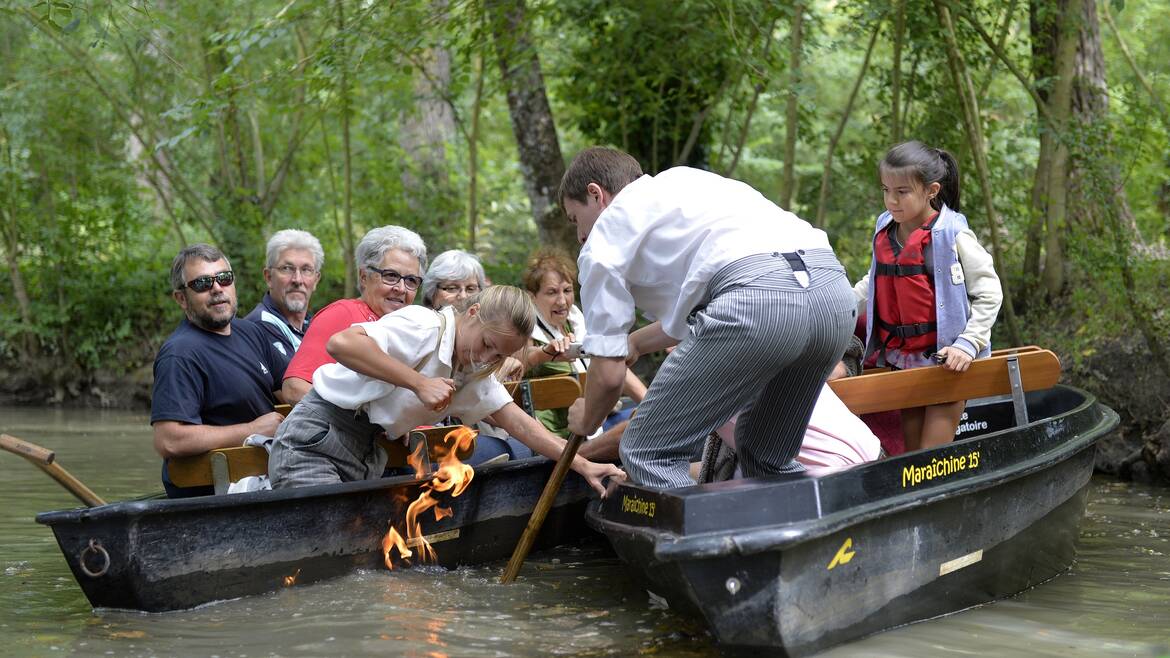 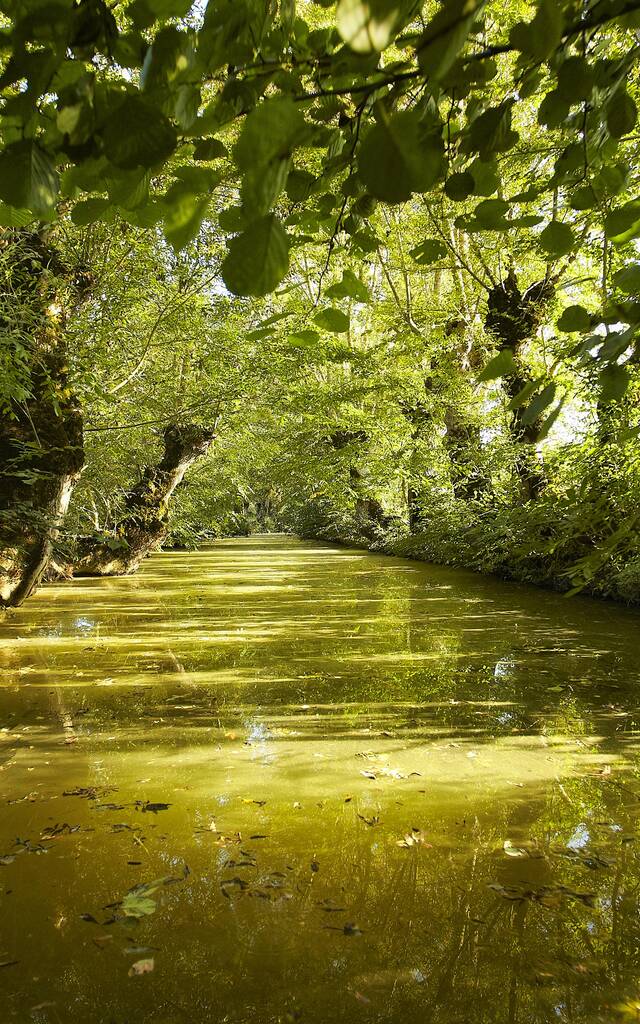 The magic of the local boatmen

Tradition has it that during a boat trip in the Marais Poitevin, the guide-boatman will show passengers their the art of setting fire to the water. But technically, how does it work?

How to light the fire on the water in the marsh

Each boatman refines his technique so that the effect appears most spectacular, but in all cases, the explanation of the phenomenon is natural. Here you'll learn the secret of the fire on the water, that can be seen around the canals of the  Marais poitevin.

Everything starts in the autumn...

Around the wetlands, the trees and plants along the canals lose their leaves in the autumn. Falling to the bottom of the water, they slowly decompose. Organic degradation causes the appearance of carbon dioxide.

During this time, a layer of mud is formed on the decaying plant matter. Gradually, the mud locks pockets of methane in the canal beds.

With the help of a punting stick - known as a pigouille, the boatman disturbs the layer of mud, releasing the pockets of methane. This natural gas is extremely flammable! Bubbles forming on the surface of the water is a good sign. Some areas of the marsh have richer gas deposits than others - it's all part of the boatman's art to know where to find them.

Fire and water: an amazing sight

As soon as the gas rises to the surface, the boatman takes out his lighter and hey bingo - a flame appears. It might chase along the side of the boat, before going out as quickly as it appeared.

Happily there's no chance of the boat catching fire, don't worry! At night-time, the demonstration is even more astonishing — the blue, yellow and orange flames reflect on the water. A magical moment!